Oil news across Africa in brief

Highlights of oil news from Nigeria, Ghana, Liberia and Tanzania 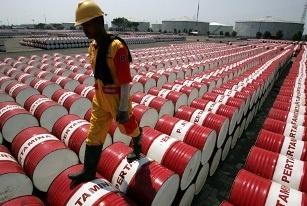 Highlights of oil news from Nigeria, Ghana, Liberia and Tanzania

The planned liquefied natural gas (LNG) export complex at Brass, on the southern coast of the Niger delta, is shaping-up for a go-ahead decision early next year. The long-delayed Brass LNG project will see the construction of a two-train facility of 10mn tonnes/year capacity, which will be the country’s second LNG complex.

The Nigerian National Petroleum Corporation (NNPC) said in August that it will reduce its share in Brass LNG, originally 49 per cent, to 30 per cent, and it has secured a $2bn loan from Japanese banks to finance its share of the costs. NNPC says this will allow a final investment decision to be taken in the first quarter of 2012.

NNPC has offered a 4 per cent share out of its interest to LNG Japan, a joint venture of Japanese trading firms Sumitomo and Sojitz. It has offered 3 per cent to Japan’s Itochu, and 2 per cent to a venture between Nigeria’s Sahara Energy and US firm Sempra Energy.

Earlier, NNPC had said it planned to offer 10 per cent to the government of Bayelsa state, in which Brass lies. The other 51 per cent of Brass LNG is held by three oil companies, which will supply gas to the facility – ConocoPhillips, Eni and Total, with 17 per cent each.

Go-ahead for Brass LNG will cement Nigeria’s position in the LNG business – the country is already the fifth-largest LNG producer worldwide, after Qatar, Indonesia, Malaysia and Australia. The existing Nigeria LNG complex, at Bonny, has six trains with a total capacity of 22 million tonnes/year, and also produces 4 million tonnes/year of liquefied petroleum gases. But the long-planned seventh train at Bonny is still stalled, although it was due to be starting-up this year. Also stalled is the country’s third LNG complex, OK-LNG.

A discovery made in late-July is tipped to lead to Ghana’s first commercial gasfield, with the gas expected to be used in the country for industry and electricity generation. Export as liquefied natural gas (LNG) is also being considered.

The find was made by Italy’s Eni, which drilled the Gye Nyame-1 well in the Offshore Cape Three Points block, about 50km offshore and in 519m of water. The company said the well found a “significant thickness” of gas and condensate reservoirs with “excellent” reservoir characteristics. Delineation drilling is planned.

Significantly, the Gye Nyame-1 well was drilled only 16km east of Eni’s Sankofa gas discovery, which has already seen two wells. The proximity hints at a series of gas structures in the area, which lies just east of the Jubilee oilfield.

Eni says it has already opened discussions with the government and the Ghana National Petroleum Corporation (GNPC), with a view to fast-tracking the development of Sankofa as a source of gas for the domestic market. With the additional Gye Nyame discovery, international sales as LNG are a possibility, the company says.

The Offshore Cape Three Points licence is held by Eni with 47.22 per cent, trading company Vitol with 37.78 per cent, and GNPC with 15.0 per cent.

A new oil port, eventually extending to 2,000 acres, is to be constructed in the western part of the country. In August, the government signed an agreement giving Lonrho the right to develop the “one-stop” oil logistics facility, which will supply the needs of oil companies exploring and developing the growing number of fields in the Jubilee area.

A well was started in August into a structure which, according to seismic data, could hold upwards of 500mn barrels of oil in multiple sand reservoirs. The well, being drilled by the Mærsk Deliverer semi-submersible rig, is targeting the Apalis prospect in Block LB-09. The operator is African Petroleum, an Australian company, which holds 100 per cent of Blocks LB-08 and LB-09. African Petroleum says it has funds for five more wells.

France’s Total has won the right to explore the Lake Tanganyika North area, after a bidding round which was opened in March by the government’s Tanzania Petroleum Development Corporation (TPDC). Nine companies submitted bids but TPDC said only four, from Total, Beach Energy, Kosmos and Ophir, met the bidding criteria. TPDC said Total had superior technical and financial capability. TPDC also said it plans to open the country’s first deep-water offshore round next year. The round had been due to open in April but was delayed while the blocks were re-drawn to take account of new seismic data. The country’s entire deep-water area is to be offered.