Kenya and Ethiopia have initiated 895km highway corridor linking Nairobi and Addis Ababa, a move that aims to ease cross-border traffic between the two countries and give a major push for economic integration within Africa 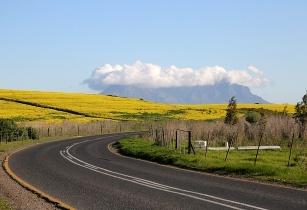 With the road corridor, trade between Kenya and Ethiopia is expected to jump from US$35mn to US$175mn by the end of 2019. (Image source: flowcomm/Flickr)

The project has been financed by the African Development Bank (AfDB) Group under its High 5 priorities. The bank financed about US$ 670mn, amounting to 64 per cent of total project costs.

The corridor consists of a 504km road linking the Kenyan towns of Merille and Turbi, through Marsabit, and an additional 391km stretch running through Ethiopia linking Ageremariam, Yabelo and Mega.

While the Kenyan section of the corridor was completed in 2016, the last part of the road in Ethiopia will be finished during the first half of 2019. Yet already trade and employment opportunities between the two countries have increased.

According to AfDB, the road has also had a beneficial effect on public services like customs and inspections, as the new road has boosted cross-border traffic of goods. At the border, customs officials attested to this.

“The products that we export from Kenya via the port of Mombasa to Ethiopia are essentially sugar, oil and rice. In 2014, we earned more than US$16mn per year, but earnings have risen to US$70mn now,” said Paul Nyaga, a senior officer of the Kenyan customs service. He said the increased traffic had generated significant revenue for his country.

Even on the Ethiopian side, where the last part of the corridor is still unfinished, cross-border traffic has doubled.

“There used to be 30 or 40 vehicles at most travelling along our motorway a day. Now, there are more than 100 per day,” said Tesfaya Antenyismu, a senior official for the Ethiopian South region Directorate, adding that he hoped to see the numbers raise even higher.

According to AfDB, trade between Kenya and Ethiopia is set to increase fivefold, from US$35mn to US$175mn by the time the corridor construction project is completed. The intensity of foreign investment in the region in the period from 2016 to 2018 should further improve this performance. This is due to reductions in transport and shipping costs of goods and the expansion of markets beyond national borders.