Cairo to Cape Town road: Linking Tanzania to the rest of Africa

President of Tanzania, John Pombe Magufuli, and the President of the African Development Bank, Akinwumi Adesina, have commissioned the Dodoma-Babati road project that will form part of the Trans-African Highway from Cape Town to Cairo 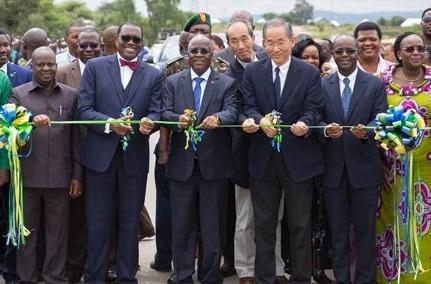 Rehema Tukai, who grew up in Kondoa and works in Dodoma, Tanzania’s capital city, was one of several locals to celebrate the news. Until now, visiting her family in Kondoa involved a five-hour journey along a bumpy and dusty road. But thanks to the new 251km road co-funded by the African Development Bank, it takes her a little over one hour to travel the same distance.

Until its completion, the Dodoma-Babati road was a critical missing link in the 10,228-kilometre Trans-African Highway, linking Cairo to Cape Town, connecting nine African countries from South Africa to Egypt, through Zimbabwe, Mozambique, Zambia, Tanzania, Kenya, Ethiopia and Sudan.

With the completion of the road, traders and travellers now conduct immigration procedures on only one side of the border, reducing time and costs. The volume of trade between Tanzania and the rest of Eastern and Southern Africa has now risen to US$1.1bn in 2016, a level both Adesina and Magufuli described as historic.

Magufuli said the Dodoma-Babati road will improve the lives of people living in Tanzania and neighbouring countries. “Projects financed by the African Development Bank have a real impact on people,” Magufuli said, thanking the Bank and the Japan International Cooperation Agency (JICA) for their strategic partnership in co-financing the project.

“Roads change everything. They bring hope alive. Such is the case of this road. While economic activity expands, so will family connections. It has brought much joy to families,” said Adesina, referring to beneficiaries such as Tukai.

The road is expected to provide rural communities with renewed hope, through expanded economic activities, improved access and better prices for farmers, and to transform several communities.

The Bank President congratulated Tanzania on the 54th anniversary of the union of the Republic of Tanganyika and the People’s Republic of Zanzibar and described the country’s unity as its strength and an example for the rest of Africa.

At the commissioning ceremony, the Japanese Ambassador to Tanzania, Masaharu Yoshida, commended the African Development Bank for its contribution toward the completion of the project.

“Our cooperation with the Bank on this project will further strengthen the relationship between Japan and Tanzania and with Africa as a whole,” said Yoshida. “This road will contribute to the economic growth of Tanzania and all of Africa because it is, in fact, part of the ‘Trans-African Highway No. 4’ that connects Cape Town-Lusaka-Dodoma-Arusha-Nairobi up to Cairo.”