BKT to build US$100mn tyre production factory in US

Balkrishna Industries Limited (BKT), one of the leading India-based off-highway tyre manufacturers, has announced a US$100mn construction project for a new production site that will serve both the US markets as well as the entire American region 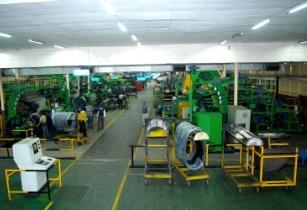 This new production site will be the multinational group’s first manufacturing site outside of India. (Image source: BKT)

The new factory will be BKT’s first manufacturing site outside India.

With this new production unit, BKT is set to expand its businesses in the Americas, now becoming an increasingly interesting and expanding market for the company, apart from Europe, which is presently BKT’s largest sales market accounting for more than half of the company’s overall turnover.

“The more than positive outlook led to the decision of establishing a new wholly-owned subsidiary company in the USA to set up a greenfield project for the construction of a new tyre manufacturing plant in the USA designed for a yearly production capacity of about 20,000 mt in the entire off-highway tyre segment,” according to BKT.

“Target markets are both the replacement market and OEMs in the USA. The remaining tyre demand will still be catered for directly from India,” BKT further added.

The company is looking for a right terrain, which is expected to be defined by the end of 2018, so that land acquisition will take place by the end of the Q1 2019, with the project being scheduled to be completed 31 March 2021.