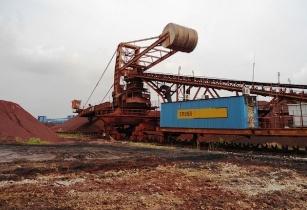 Lime-Chem Resources owns the mining rights over the Rooinekke property, located at the Northern Cape province in South Africa, which consists of an open pit mine with numerous crushed ore dumps surrounding the pit.

Nick Clarke, CEO of Eagle, said, “In the short term, the firm intends to process the ore dumps while it assesses the feasibility of re-commencing mining at Rooinekke.”

According to Eagle, the total value of the acquisition will be US$6mn less the value of net debts and trade and other payables owed by Lime-Chem Resources.

However, the acquisition is subject to certain conditions, which must be fulfilled on or before 31 March 2015, added the company.

“We believe that the proposed transaction has the potential to be transformative for the company. Considering with prevailing low iron ore prices, we are still looking forward towards the completion of the agreement and will make further announcements in due course,” noted Clarke.