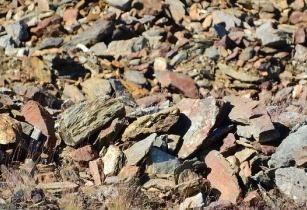 Describing the agreement, Gecamines director of partnerships Kandolo Mafuta said at a mining conference in Kinshasa, “It is not a partnership, it is a financing agreement, a loan to be reimbursed.” He added that the total investment could be US$2bn.

Earlier this year, Gecamines said that CNMC will finance the construction of the plant with an initial capacity for 80,000 mt of copper a year, in return for a 51 per cent stake in the project. The company will then repay CNMC through an off-take agreement over a fixed period, after which, full ownership will be transferred back. Full details of the arrangement have not been disclosed.

Kandolo said he could still not confirm how long it may take to repay the investment, or when Gecamines will retake full ownership of the project.

Gecamines had acquired Deziwa in January 2013 through a US$196mn loan in an attempt to gain the reserves needed to reintroduce the company as a major producer. The company produced 18,826 tonnes of copper last year. According to Gecamines, Deziwa has the potential to produce 5 mmt of copper, placing it among DR Congo’s biggest metal deposits.

DR Congo’s copper production surpassed one million tonnes for the first time in 2014 but output has fallen by about 20 per cent in the first quarter of this year as a result of slumping commodity prices.

Local advocacy groups and organisations have called for more information about the agreement. The company has responded saying that negotiations with CNMC are ongoing.

Gecamines, which is in US$1.6bn debt, recently announced that it aims to increase copper production by more than 40 per cent this year.