Caledonia Mining Corporation Plc has signed an agreement to purchase the Bilboes gold project in Zimbabwe, owned by Bilboes Gold Limited, for a total consideration of 5,123,044 Caledonia shares representing approximately 28.5% of Caledonia's fully diluted equity, and a 1% net smelter royalty (NSR) on the project's revenues 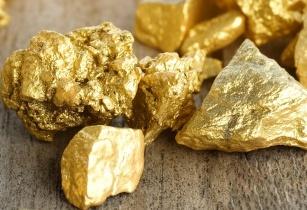 Caledonia will conduct a feasibility study to identify the most judicious way to commercialise the project to optimise shareholder returns. (Image Source: Adobe Stock)

Based on yesterday's closing share price on NYSE American of US$10.40 per share, the value of the new shares that will be issued as consideration is currently US$53,279,658.

Historically, Bilboes has been subject to a limited amount of open pit mining. The project has produced approximately 288,000 ounces of gold since 1989. A feasibility study prepared by the vendors indicates the potential for an open-pit gold mine producing an average of 168,000 ounces per year over a 10-year life of mine.

Caledonia, however, will conduct its own feasibility study to identify the most judicious way to commercialise the project to optimise shareholder returns. One approach that will be considered is a phased development which would minimise the initial capital investment and reduce the need for third party funding.

Prior to completion of the transaction, Caledonia will enter a tribute arrangement with Bilboes Holdings so that oxide operations can be re-started with the expectation that Bilboes Holdings will return to profitable operations within six months. This also has the benefit of an element of pre-stripping for the main development of the project.

Commenting on the announcement, Mark Learmonth, chief executive officer, said, "This is a transformational asset for Caledonia as we embark on the next step in our journey to become a multi-asset, mid-tier gold producer. Once in full production (which will be subject to financing of the capex), Caledonia's management believes that Bilboes could produce three times their current 64% attributable share of gold production from Blanket, resulting in production from the enlarged Caledonia group being potentially four times its current size.”