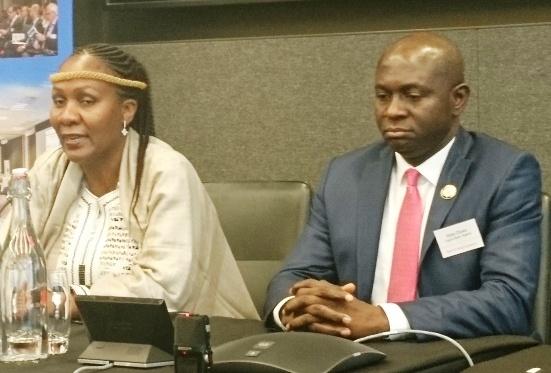 It is hoped the US$3bn gas-to-power project, known as the Embedded Power Supply Programme, will provide 3,000MW of electricity and will kick start the deregulation of the Nigerian Power Sector from Lagos. The state currently receives about 25 per cent of the power generated from the national grid.

Speaking at the DLO Power Roundtable in London on 30 October, Wale Oluwo, Commissioner for Energy and Mineral Resources, said, "A floating storage special unit (FSRU) has the capacity to regasify 750 million standard cubic feet of gas per day - that's enough to power 3,000MW."

The commissioner said the state government was negotiating with Golar LNG Ltd to acquire the Golar Tundra or the Golar Spirit for a FSRU unit and plans to guarantee the uptake of gas to ensure the project is bankable.

When asked what efforts were being made to bridge the gap to a FSRU, Oluwo told reporters, "We have got very far with our negotiations with Golar LNG Ltd - a major supplier of energy - which particularly deploys FSRUs in Africa. We wanted the best supplier and in the case of Golar LNG Ltd, they gave us the option to either choose from the Golar Tundra which was in Ghana earlier this year or the Golar Spirit which has finished its assignments in Brazil.

"From the energy security point of view about why the FSRU is important is this; by having it offshore the location is not too far from the main gas line. The intention is that if the FSRU is pumping gas and the gas is coming from the Delta area as it enters Lagos I have about of 20km of pipeline to construct. This means that anytime that the southern part shuts down, we can close the pipeline and the FSRU can replace production so that everyone who uses gas in Lagos can have 24/hr gas supply."

Oluwo said the Central Bank of Nigeria had put together mechanisms to mitigate any financial risks, adding "we have the economy to support the programme and the capacity".

He admitted it was ironic in Nigeria, as the eighth largest exporter of crude oil and major gas producer, that until now it couldn't install gas-to-fire power plants despite Nigeria having 11,000MW of installed power - only 3,500-3,800MW reaches consumers currently.

Providing some context to the power supply problem, he said that it was related to the mindset and the models implemented after Nigeria and other African countries gained independence. "In my own country we were made to understand that the government provided for all the utilities; telecoms, energy, railway, aviation etc, and there was legislation to prevent competition, so consumers got used to getting services without paying competitive prices for them. As a result, sectors were destroyed and efficiency disappeared and businesses were not coming - this is where we are today."

That's why he stressed it was important to continue along the path of reform, such as making inroads towards creating a cost-reflective tariff for users and investors alike.

He added, "We must continue to improve competition in the power space and make sure at every level of the chain, investment opportunities are highlighted. Reforms don't make sense until the private sector in a country can start to put its money into sectors that will create productivity."

Lagos is the most populous state with 22 million people and is the commercial hub of the whole of West Africa.

It is the only oil and gas producing state outside the Southern Delta.