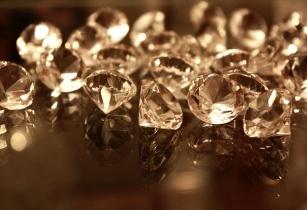 Lucapa Diamond Company has procured an investment of US$15mn as a bridge financing facility to fund operations on the Angolan concession. (Image source: Kim Alaniz/Flickr)

The Lulo concession is located 150 km from the Catoca mine, which is Angola’s largest diamond mine and the fourth largest kimberlite mine in the world.

Officials from Lucapa stated that it has completed preliminary processing at the Block 29 area, which produced a diamond in-situ grade of 17.33 carats per 100 cu/m. 286 diamonds weighing 266.7 carats were recovered from Block 29 over the first eight days of alluvial mining, for an average stone size of 0.93 carats.

Stephen Wetherall, chief executive of Lucapa, said that present mining and processing rates at Lulo would increase to targeted levels after the wet season. The mining company has had to move operations from Block 29 following wet ground conditions.

Meanwhile, Lucapa Diamond Company has signed a term sheet with a mining company for an investment of US$15mn as a bridge financing facility to fund efficiency and operational movements, and ramp up thoroughput to a monthly target of 14,000 bulk cu/m. The funding facility remains subject to a 40-day diligence period, legal documentation and other approvals.