Africa Coal Partners, an SPV set up and managed by Duet Group, will acquire a 45.18 per cent stake in Mbuyelo Coal Proprietary Limited (Mbuyelo) from Ichor Coal 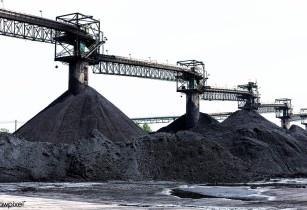 The transaction is expected to close in Q1 2020. (Image source: Rawpixel Ltd/Flickr)

The agreed purchase price was set at US$104mn with the transaction expected to close in Q1 2020, once regulatory requirements have been completed.

Mbuyelo has for the past few years been investing in capacity building and technology upgrade to better serve the local demand.

Henry Gabay, CEO and co-founder of Duet-Group, said, “We are very excited by the opportunities offered by the coal industry in South Africa. South Africa is not yet in a position to switch completely into green energy, hence coal will remain a key component of South Africa’s energy portfolio for the foreseeable future. Reliable power production remains at the heart of Africa’s industrialisation and its ability to lift its citizens out of poverty.

“We believe that new technologies can be deployed to make the coal industry more environmentally sustainable while offering a credible solution to the challenges of generating power in South Africa. We also believe it's an opportunistic time to invest in South Africa.”

Ichor CEO Nonkululeko Nyembezi-Heita said the company has been reviewing strategic options for some time and that the opportunity offered by Duet meets its goals in a challenging environment with a partner that is willing to significantly contribute to Mbuyelo’s growth and profitability.

Rirhandzu Siweya, CEO of Mbuyelo, declared, “I welcome the arrival of an African focused investor that will help us grow and seize new opportunities in a very interesting environment for local coal players.”