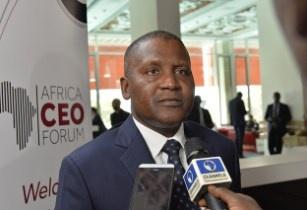 Fajemirokun will be the first female executive director in Dangote Group.

Alake has been with the Dangote Group for over two decades and has been the Chief Operating Officer of Dangote Industries Limited since 2007.  He began his  career at audit firm PricewaterhouseCoopers.

“The new appointments are to strengthen the Group’s executive management team and to consolidate on its strategic business growth trajectory,” Aliko Dangote, CEO, Dangote Group, said.

“It is exciting seeing a female occupy such a high position. We are gender sensitive and create equal opportunities for both male and female to get to the top,” Dangote added.