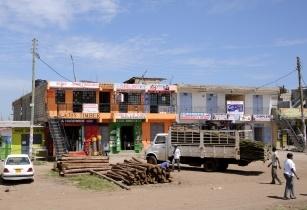 A new agreement, signed by various governments and governmental organisations, will enable Kenya Power to connect more ordinary households in 32 counties in Kenya to the national electricity network

"The Last Mile Connectivity initiative is a vital part of Kenya's development," said Ambassador Dejak. "It helps ensure that the national power grid reaches as many households as possible, so that ordinary Kenyan people have direct access to cheaper and more reliable supplies of electricity. The necessary investments aren't always commercially attractive, which is why the European Union has decided to support them with a major grant."

Ambassador Sivan acknowledged “the ongoing revolution in the field of access to electricity in Kenya”. He noted that: “The efforts of the Kenyan Government have led to an unprecedented number of new citizens accessing electricity each year. Kenya is now an example for the countries of the region. We are proud to have been supporting the Kenyan authorities along this exciting journey, and we are looking forward to continuing doing so.”

“Kenya is increasingly becoming a hub for the region on many levels and us as a Bank must look at this from a very basic point of view, namely that there is a young and growing population with enormous potential, and that you need investments to support that momentum,” said EIB Vice-President Van Ballekom. He also mentioned that “Thanks to today’s signature nearly 300.000 Kenyan households will soon be connected to the electricity grid, a basic condition for further economic growth.”

It is estimated that the European-funded work will support around 300 000 new connections.