Voltalia, an international player in the renewable energy market, has concluded a corporate power purchase agreement with Richards Bay Minerals (RBM), a leader in mineral sands extraction and a subsidiary of Rio Tinto, for the largest renewable energy site dedicated to a corporate client in South Africa 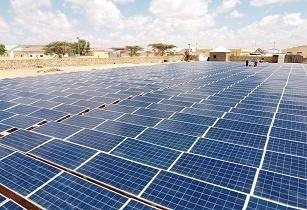 The plant is expected to begin generating in 2024. (Image source: Adobe Stock)

The 20-year contract will supply around 300GW/h of renewable energy every year via a wheeling arrangement to RBM’s smelting and processing facilities in KwaZulu-Natal.

This will help RBM to reduce its annual greenhouse gas emissions by at least 10% (or 237,000 tons per year) and will provide it with reliable long-term access to power.

The electricity will be generated by Voltalia’s Bolobedu site, a 148MW solar plant to be built in the Limpopo province in northeastern South Africa. Voltalia will ensure the development, construction and operation of the plant which is expected to begin generating in 2024.

Rio Tinto Minerals’ chief executive Sinead Kaufma, commented, "The agreement, which is a first step towards reducing RBM’s carbon emissions, is a major milestone and one that is in line with Rio Tinto’s decarbonisation strategy. As this solar energy project progresses, we will continue exploring additional renewable solutions that further reduce of our emissions in South Africa and make Richards Bay Minerals a contributor to our net zero commitment".

Voltalia CEO Sébastien Clerc, noted, "We are very pleased to support RBM as its decarbonises its industrial activities in South Africa. The Bolobedu photovoltaic power plant will be our biggest project in Africa, after performing construction of a series of other solar plants for us or for clients, in the continent (Zimbabwe, Burundi, Tanzania, Kenya, Mauritania and Egypt). This project is the first of our South African large solar-and-wind portfolio under development, in areas with grid connection available, that will be ready to support our clients to overpass the actual energy crisis with affordable, clean and stable electricity.”