Renewables are critical to meet Africa’s energy needs by 2040 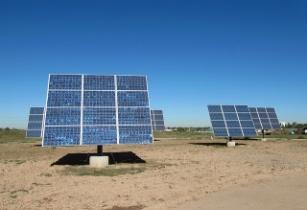 Africa is showing an increasing trend in adopting renewable energy solutions and technologies, as the lack of power supply increases the demand for alternative energy sources, especially in the rural regions of the continent

About 635mn Africans still live without electricity, which inflates poverty and hinders economic growth. Even so, transporting electricity via transmission lines could be expensive in the further and outlying areas of the continent.

Therefore, the growth and demand for small-scale solar, wind and geothermal technologies is rapidly expanding. Renewable energy has the potential to substantially assist many African countries and their people to have access to energy.

The bank has placed energy at the top of the “High 5” priorities and said that its new energy strategy aims to increase energy production and access to improve affordability, reliability and energy efficiency.

According to the International Energy Agency (IEA), the global energy demand is expected to be 30 per cent higher with renewable energy facilitating almost half of sub-Saharan Africa’s power generation growth by 2040. Africa’s demand for electricity is expected to increase by more than two-thirds between 2016 and 2040.

This increases the business opportunity in the continent for the private sector participation. In addition, renewable energy also reduces carbon emissions and has the potential to supply cheaper electricity. The IEA further stated that solar PV is expected to lead capacity additions as it has become the cheapest source of electricity generation.

With solar in abundance, Africa can provide almost 10 terawatts of new energy, according to McKinsey. By 2040, more than 25 per cent of Africa’s total energy is expected to be originated from geothermal, hydro, solar and wind.

This opportunity for private sector involvement and access to renewable energy projects in Africa will be on focus during the 10th African Energy Indaba (AEI), which will take place in Johannesburg from 20-21 February 2018.