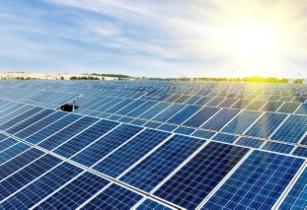 Alfanar has closed the financing for the construction and development of a 50MW solar PV plant which will be located in the proposed 1.8 GW Benban solar complex in Egypt's Aswan province

Supported by Egypt's feed-in-tariff (FiT) programme, this solar project will be the first of Alfanar’s current pipeline of 800MW investment projects spread across Europe, East Africa and South Asia, in both solar and wind

In October 2017, Alfa Solar company, subsidiary of Alfanar group, has signed the facility agreement for US$57mn with the European Bank for Reconstruction and Development (EBRD) and Islamic Corporation for the Development of the Private Sector (ICD).

Commenting on the project, Jamal Wadi, CEO of Alfanar Energy, said, “These projects are sort of a testimony to the changing standard in the energy field and can deliver equal if not higher dependable and long term value to countries and developers.”

Khaled Al-Aboodi, CEO of ICD, further added that ICD is engaged with the financing of this solar project in Egypt to encourage the renewable energy in the member countries.

ICD looks forward to work with Alfanar and other investors to improve the business climate for renewable energy, especially under the government of Egypt’s FiT renewable energy program, he noted.

The power purchase agreement (PPA) for the project was signed with EETC on 7 May 2017. According to Alfanar, the project will be 100 per cent compliant with the country's green economy evolution approach. After completion, the project focuses on supporting the expansion of renewable energy generation to meet Egypt’s targets and is expected to offset 900,000 tonnes of CO2 emissions each year.