A serious resource being overlooked 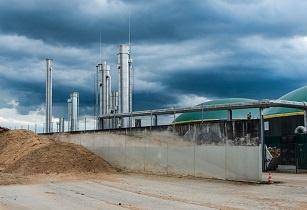 Gamuchirai Mutezo, COO and founder, Madam Waste, expressed to African Review how biogas could seriously contribute to meeting Africa’s energy needs but, so far, is not getting the attention it deserves

Biogas is one of a number of energy solutions which could play a big role in weaning the world off of its reliance on fossil fuels. The renewable fuel is produced by the breakdown of organic matter and can be used to fuel vehicles, generate electricity and much more.

Despite its enormous potential – in power generation and the role it can play in waste management as well – according to Mutezo, it is not being given serious consideration.

Providing detail on the resource, Mutezo commented, “Biogas is an emerging energy source that presents a handful of both socioeconomic and environmental benefits as well as techno-economic hurdles. There are far less biogas projects compared to energy sources such as solar, wind and natural gas. However, it is not to say there are no projects at all. There are quite a number of African countries with evidence of implementing biogas projects at different levels, namely: Senegal, Benin, Ghana, Ethiopia, Kenya, Uganda, South Africa, Zimbabwe and Zambia.

“Biogas can certainly complement energy mixes across many African cities. It enables organic waste diversion from land filling or open dumping to an activity that produces energy. Some end-users may not afford electricity or have access to the necessary infrastructure, yet biogas can be decentralised and used either in its gaseous state or converted into electric power. This approach induces circularity because waste material is not seen in its traditional view as 'waste', rather as a feedstock; one that energises and spurs environmental benignity.”

Read the full interview in the July issue of African Review here.