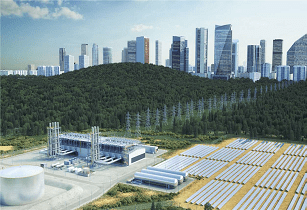 On the back of its recent and substantial oil and gas discoveries, Senegal is now preparing to ensure that its vast natural gas resources will help meet future electricity demand and put an end to the excessive electricity prices undermining its economy.

Senegal’s domestic gas reserves will be mainly used to produce electricity. Authorities expect that domestic gas infrastructure projects will come online between 2025 and 2026, provided there is no delay. The monetisation of these significant energy resources is at the basis of the Government’s new gas-to-power ambitions.

These studies have revealed very significant system cost differences between the two main gas-to-power technologies the country is currently considering. Contrary to prevailing beliefs, gas engines are in fact much better suited than combined cycle gas turbines to harness power from Senegal’s new gas resources cost-effectively, the study reveals. Total cost differences between the two technologies could reach as much as US$480mn until 2035 depending on scenarios.

Although these two technologies are equally proven and reliable, they are very different in terms of the profiles in which they can operate. CCGT is a technology that has been developed for the interconnected European electricity markets, where it can function at 90% load factor at all times. On the other hand, flexible ICE technology can operate efficiently in all operating profiles, and seamlessly adapt itself to any other generation technologies that will make up the country’s energy mix.

In particular our study reveals that when operating in an electricity network of limited size such as Senegal’s 1GW national grid, relying on CCGTs to significantly expand the network capacity would be extremely costly in all possible scenarios.

Cost differences between the technologies are explained by a number of factors. First of all, hot climates negatively impact the output of gas turbines more than it does that of gas engines.

Secondly, thanks to Senegal’s anticipated access to cheap domestic gas, the operating costs become less impactful than the investment costs. In other words, because low gas prices decrease operating costs, it is financially sound for the country to rely on ICE power plants, which are less expensive to build.

Technology modularity also plays a key role. Senegal is expected to require an extra 60-80MW of generation capacity each year to be able to meet the increasing demand. This is much lower than the capacity of typical CCGTs plants which averages 300-400MW that must be built in one go, leading to unnecessary expenditure. Engine power plants, on the other hand, are modular, which means they can be built exactly as and when the country needs them, and further extended when required.

The numbers at play are significant. The model shows that if Senegal chooses to favour CCGT plants at the expense of ICE-gas, it will lead to as much as US$240mn of extra cost for the system by 2035. The cost difference between the technologies can even increase to US$350mn in favour of ICE technology if Senegal also chooses to build new renewable energy capacity within the next decade.

The development of gas infrastructure is a complex and lengthy endeavour. Programme delays are not uncommon, causing gas supply disruptions that will have a huge financial impact on the operation of CCGT plants.

Nigeria knows something about that. Only last year, significant gas supply issues have caused shutdowns at some of the country’s largest gas turbine power plants. Because gas turbines operate on a continuous combustion process, they require a constant supply of gas and a stable dispatched load to generate consistent power output. If the supply is disrupted, shutdowns occur, putting a great strain on the overall system. ICE-Gas plants on the other hand, are designed to adjust their operational profile over time and increase system flexibility. Because of their flexible operating profile, they were able to maintain a much higher level of availability

The study took a deep dive to analyse the financial impact of two years delay in the gas infrastructure programme. It demonstrates that if the country decides to invest into gas engines, the cost of gas delay would be US$550mn, whereas a system dominated by CCGTs would lead to a staggering US$770mn in extra cost.