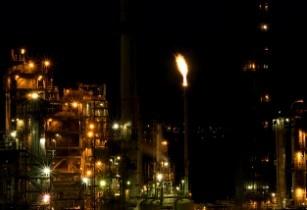 World gas production has increased by 3.6 per cent, the highest y-o-y increase since 2010, said Eni at the second volume of the World Oil, Gas and Renewables Review

The 17th edition of the annual statistics report provides data and statistics on natural gas, biofuels and new renewable energy sources (wind and solar) that are acquiring an important role in the energy landscape by leading the transition to a less carbon-intensive and more sustainable energy system.

Pushed by new LNG plants, Australia production made a big jump (+21 per cent) and now ranks as the world eighth producer and sixth exporter. The output of Russia, the second gas producer, strongly increased by 7.7 pr cent, but the US is still the world’s largest natural gas producer (production increase +0.7 per cent).

In Africa, Egypt overtook Nigeria as the second continental producer after Algeria with a steep increase of 23 per cent mainly due to Zohr field start-up. In Europe, Norway’s production hit record levels growing by 5.8 per cent, outpacing the big drop in the Netherlands (-12.8 per cent) due to Groningen field reduction.

World gas demand has been strong in 2017 (+3.3 per cent), growing in all regions except the Americas where the United States, the first global consumer, decreased by 2.7 per cent. Asia-Pacific led the growth with the strongest increase, driven by the Chinese boom. China became the third world gas importer and the second LNG importer. Gas demand rose substantially also in several other Asian countries such as Pakistan (+16.6 per cent), Taiwan (+16.4 per cent), Malaysia (+10.5 per cent), Singapore (+five per cent) and South Korea (+4.6 per cent).

At the end of 2017, wind and solar installed generation capacity (514 GW and 390 GW respectively) accounted for more than 40 per cent of all the renewables and about 13 per cent of all power sources.

In 2017, solar photovoltaic capacity additions grew by about 30%, reaching a record of 92 GW, driven by declining cost of technology. Wind capacity increased by 46 GW, but additions fell by nine per cent vs 2016. China is keeping the leadership in terms of solar and wind installed capacity (295 GW, 33 per cent of the world total), confirming the high growth rate of the last year (+30 per cent). Europe y-o-y increase (+24 GW) overtook North America’s one (+15 GW), mainly thanks to new wind installations.