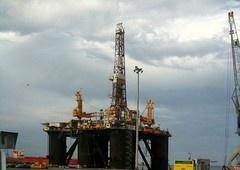 The decision will provide a major boost to the local economy as fracking could enable some of the biggest reserves of shale gas to be tapped into.

According to Collins Chabane, a minister in the president’s office, the cabinet has decided to take the step after a study eased safety concerns over the method that had drawn ire from environmentalists.

Oil major Shell said last year it hoped to invest US$200mn on shale gas exploration in the Karoo and the company welcomed the government's decision.

According to an initial study commissioned by the US energy information administration, South Africa has 485 trillion cu ft of technically recoverable shale gas resources, located mostly in the vast semi-arid Karoo Basin.

The reserves could be a long-term solution for the energy problems of Africa's largest economy, which is under pressure to boost its supply of electricity and cut its dependence on coal, according to the study.