The global trade in liquefied natural gas (LNG) is spurring a second natural gas revolution, underpinning the shift towards a more flexible, resilient and interconnected global gas market, according to the International Energy Agency (IEA) 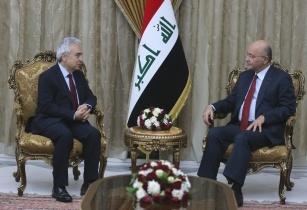 The IEA projects that 50 countries will be importing LNG by 2025, up from 10 at the start of this century.

Dr Fatih Birol, executive director at IEA, reviewed these developments at the first EU-US High-Level Business to Business Forum in Brussels alongside the USA Secretary of Energy, Rick Perry, and European Commissioner for Energy and Climate, Miguel Arias Cañete.

The IEA found that natural gas production from OECD countries increased by 7.4 per cent in 2018, compared with 2017, reaching a record total of over 130 bcm in December. Most of the growth originated in the USA (+11.5 per cent) where the shale revolution is transforming the industry.

There is a growing international consensus that clean hydrogen will play a crucial role in the world’s transition to a sustainable energy future, according to Noé van Hulst, Hydrogen envoy at the Ministry of Economic Affairs and Climate Policy of the Netherlands.

Noting that hydrogen is a versatile energy carrier that can be produced from a wide range of sources and used in many ways across the entire energy sector, Hulst commented that it could become a game-changer in its low-carbon form. He highlighted the challenges currently facing its widespread adoption, including the costs of renewable energy and the process of converting it into hydrogen.

The IEA worked closely with the Iraqi Ministries of Oil and Electricity to produce the report, Iraq’s Energy Sector: A Roadmap to a Brighter Future. Dr Birol discussed the in-depth study, the IEA’s first on Iraq since 2012, at a press conference with Thamir Ghadhban, the Deputy Prime Minister for Energy and Minister of Oil, and Luay Al-Khatteeb, minister of electricity.

The report maps out immediate practical actions and medium-term measures to tackle the most pressing problems in Iraq’s electricity sector. It also takes a detailed look at the country’s oil and gas sector, projecting that Iraq’s oil production will grow by 1.3 mmbbl a day by 2030, accounting for the third-largest increase globally over the period.