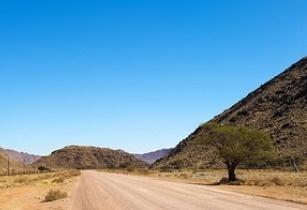 Over three million people in Tanzania and Kenya will benefit from a US$384.22mn financing package for road construction support, approved by the African Development Bank’s (AfDB) board in Abidjan

The European Union contributed a grant of US$33.41mn, 7.7 per cent of the total project cost, to the government of Kenya.

The road is a major component of the East African transport corridors network, connecting Kenya and Tanzania. Producers, manufacturers and traders will be able to move goods more quickly and cheaply. In addition, farmers and fishermen will benefit from improved access to local and regional markets and amenities, including better schools and health centres.

“The project will have spillover benefits for hinterland countries such as the Democratic Republic of the Congo, Burundi, Rwanda, Uganda and South Sudan that depend on Mombasa as gateway to global markets,” said Hussein Iman, the Bank’s regional sector manager for infrastructure, private sector, and industrialisation.

The Bank’s support will also provide roadside trading facilitates for sellers, half of them women who currently operate in disorganized and unsafe conditions.

The road crosses regions with high rates of youth unemployment. In light of this, the project includes a vocational training component for 500 unemployed youth (half of them women) to acquire marketable skill and improve their economic prospects.

The Bank anticipates that the intervention will boost regional integration by reducing transit times, facilitating trade and the cross-border movement of people, opening access to tourist attractions. The project will also link the ports of Dar es Salaam, Tanga and Mombasa, and stimulate the blue economy in coastal areas.

AfDB witnessed the signing of a US$440mn agreement between Japan International Cooperation Agency (JICA) and the government of Kenya for the first phase construction of a bridge connecting Mombasa island and Likoni, a major international port area of East Africa.