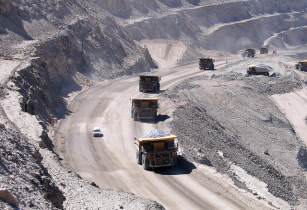 The initial production was procured from reprocessing of tailings dumps obtained previous mining operations. The pilot plant operation was expected to generate monthly production of between 5-10 tonnes of tin in concentrate.

Ben Smit, managing director of Piran Resources, said that restarting small-scale mining was the cornerstone of the first phase of Piran’s development strategy. The company aims to fully mechanise the operation, construct commercial scale facilities and expand the processing capacity to 120 tonnes per hour of material.

Operations would likely be ramped up to full-scale production within one-year period, added company officials.

Company officials said that previous mining on the license areas was fairly rudimentary, with poor beneficiation. However, Piran Resources has invested in modern technology to ensure higher-grade recoveries.

Smit added that an offtake agreement is already in place with a major trading company for this product. Piran Resources would be selling its products immediately and generating early cash flow.