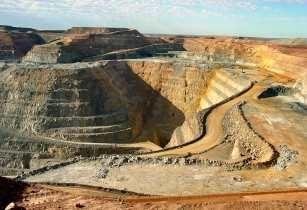 A 2000m phase two program is now underway to test down the dip and strike extensions of gold mineralization identified by the company in its phase one program. The program will also test additional targets identified through surface mapping and prospecting. Results will be released once received, reviewed and verified.

This initial program successfully intersected gold mineralization in eight of the first nine holes drilled on the concession. The mineralization was contained in a silicified shear zone occurring in the host granite. Quartz veining is associated with the shear zone.

The initial assays from the first nine diamond drill holes at Niangouela, as announced in the Company’s March 7, 2017, news release, have undergone additional analysis.

“The presence of free gold and the results of the BLEG and metallic screen analysis has demonstrated the need for ensuring that the maximum amount of material is being analyzed,” said Senior Geologist Warren Robb. “The company will be employing the appropriate method to gain the most representative gold value as is possible.”