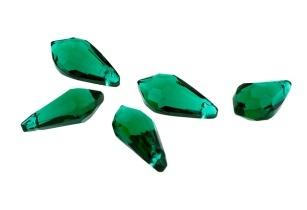 The British High Commissioner James Thornton has commended the partnership between the government of Zambia and the British gemstone exploration and mining company Gemfields plc, citing it to be a “very good example” of a British company investing in Zambia

The partnership entails the ownership of Lufwanyama-based Kagem Mining – the world’s largest emerald mine. 75 per cent of the company is owned by Gemfields plc and 25 per cent by the Zambian government. The capital required for investment was raised in London, said Thornton.

To date, Gemfields has held 18 auctions of emerald and beryl produced from Kagem that have generated revenues totalling US$325mn. Gemfields and Kagem are now at the forefront of developing an international market for Zambian emeralds by investing in exploration, mining, sales and marketing.

Thornton added, “What you need for a foreign investment is for it to be win-win; it has got to work for the country where the investment is taking place and it has got to work for the company concerned which needs to make a rate of return. The good thing about Gemfields is that under its stewardship, Kagem has returned to profitability; is paying dividends to its shareholders, being both Gemfields and the Zambian government and has created jobs and I think that’s excellent.”

The British High Commissioner paid a visit to the Kagem mine earlier in the month, when he inspected mining operations at the pit, saw secondary exploration sites and visited the company’s emerald sort house.