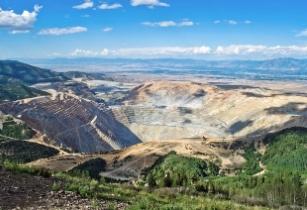 The permit was granted after conducting an extensive environmental impact assessment (EIA), stated officials from Ferrex. In addition, the company has received extensions on its prospecting permits after relinquishing 50 per cent of the 92,000 hectare area as per the mining code.

These permits have been renewed for two years and can be further renewed for two more years subsequently. The company is applying to procure additional ground in the area in order to maximise possibilities of further exploration success, revealed officials.

Dave Reeves, managing director of Ferrex, said, “I am delighted to announce that the environmental permit has been granted for the Nayega Manganese Project. The renewal of the exploration permits also shows the support that the company has in Togo and allows us to continue the ongoing exploration programme that is defining new manganese mineralisation outside the main Nayega deposit.”

Reeves said that Ferrex will contiue to focus on finalising the definitive feasibility study and securing a mining permit before the end of Q4 2014.