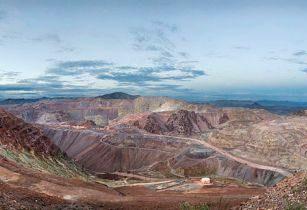 DR Congo is vying to become a major producer of copper in Africa. (Image source: WikimediaCommons)

Copper production is part of the Sicomines deal that was struck between China and DR Congo in 2007. According to the deal, DR Congo will provide minerals in exchange for infrastructure supported by China.

The Central African nation will oversee the implementation of the deal, said government officials. The country is expected to produce 50,000 tonnes of copper per year, and this will rise to 400,000 tonnes per year over the next two decades. In return, the two Chinese companies will develop roads, railways, schools and hospitals in DR Congo.

DR Congo government executive secretary Moïse Ekanga said, “This mutually beneficial cooperation with our Chinese partners is a strong example for others interested in investment opportunities in DR Congo.”

The Central African nation is vying with Zambia to be Africa’s top copper producer, and had extracted more than one-million tonnes of the metal for the first time in 2014. The mining sector helped power economic growth of 9.5 per cent in 2014, according to the government.