Key commodity prices need to strengthen to spark a revival in nickel production in Africa, according to research and consulting firm GlobalData 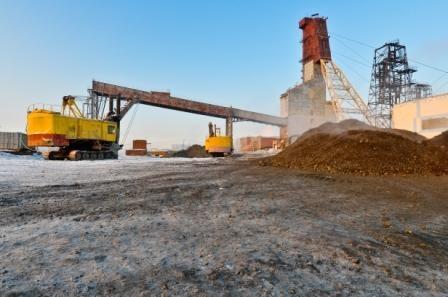 Global refined nickel consumption is set to rise by 1.3 per cent between 2016-2020 (Image source: Vitaly Raduntsev)

"While the nickel price has been weak throughout 2016, much of Africa's mined nickel supply is affected by other commodity prices, like copper and platinum,"

"Copper in particular has been one of the worse performing metals on the LME (London Metal Exchange) in 2016.

"Should we see stronger copper and platinum prices, then nickel by-product production in Africa will increase."

Africa presently accounts for a small share of global mined nickel supply in 2015 with much of the continent's production coming from Madagascar and South Africa, says GlobalData.

The research also says the expected spike in global nickel demand will not be enough to stave off prospective mine closures in the next five years in the face of pricing slumps and rising operational costs.

"Current low LME prices in the nickel market will shut high-cost capacity in the short to medium term, and when warehouse stocks begin to deteriorate prices will revert to growth," Smee added.

Growth is leveraged by increases in the population and urbanisation in emerging economies such as India and China, which are tipped to invest heavily in upgrading infrastructure and expanding industrial and output capacity.

One of these is the currently under construction Platreef project in South Africa, a platinum groups initiative with nickel by-products, which is not planned to start initial production until 2019.