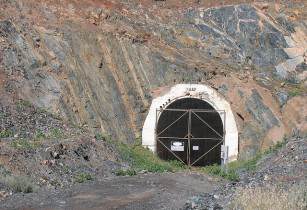 Pavel Fedorov, deputy CEO of Norilsk Nickel, said, “The sale of the African operations marks a major milestone in our commitment to deliver the new corporate strategy. The transaction is part of the management’s roadmap to release capital from non-core assets and will have a positive impact on the company’s return on invested capital.

The deal is part of BCL’s expansion drive and the acquisition of the mine in South Africa is the company’s first significant investment in Africa’s second largest economy, added officials.

As part of the agreement, BCL has agreed to buy the concentrate from the Nkomati operation for Norilsk Nickel’s subsidiary Metal Trade Overseas AG (MTO). At the same time, MTO will buy nickel matte from BCL, which will be processed at Norilsk Nickel’s refinery in Finland.

Akolong Tombale, chairman of the board of directors at BCL stated that these acquisitions portray that the company is evolving as a regional player, highlighting its metallurgical complex.