In an effort to lay the foundations for further growth on the continent, STIHL has opened a new subsidiary in Kenya 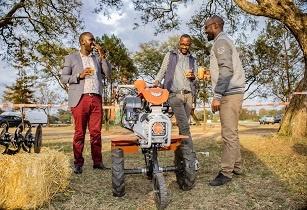 This is the second subsidiary the company has opened in Africa and the announcement comes alongside the 25th anniversary celebrations of its first, in South Africa.

"Africa is an important market for STIHL, and we look forward to growing with both our business and our dealer network on this continent," said Norbert Pick, STIHL executive board member for marketing and sales, who attended the ceremonies together with employees, authorised dealers, service providers and suppliers.

An office was set up in Kenya in 2017 with the aim of offering training and product demonstrations, especially for agricultural cooperatives. "It quickly became clear that despite ongoing promotion activities, we lacked a sales structure based on a dense dealer network in the eastern African countries. Such organisations are one of the key success factors that has made STIHL the global market leader," said Pick.

Francois Marais, managing director of the STIHL company in Kenya, added, "We made the decision in late 2020 to increase our investment and turn the office in Kenya into a fully fledged STIHL subsidiary with marketing, training, logistics and sales functions. This means we can leverage the potential in eastern Africa even more effectively."

A roughly 1,000 sq m office between the airport and the centre of Nairobi was rented and extensively renovated, and has now been officially opened. Sebastian Groth, the German ambassador to Kenya, joined the ceremony in person. The new subsidiary currently employs 16 people and supplies STIHL products to the dealer network in Kenya, as well as in Tanzania, Rwanda, Burundi, Uganda, South Sudan and Ethiopia. An additional warehouse in Nairobi is operated by Fargo Courier, an external logistics provider.

The South African subsidiary ANDREAS STIHL Ltd. in Pietermaritzburg has belatedly celebrated its 25th anniversary following a one-year delay due to the pandemic and other causes. In June 2021, the company's warehouse was completely destroyed and the administrative building suffered significant damage during the riots and looting in the area around the port city of Durban. STIHL immediately put together a crisis team and set up a temporary warehouse in Johannesburg, while a building in Pietermaritzburg was rented to house the offices.

Pick remarked, "Despite facing major challenges in 2021, our South African subsidiary generated record revenue – up by 5% year on year. All I can say to our colleagues in South Africa is: you achieved the impossible.”

STIHL is currently in talks to purchase the building it is renting in Pietermaritzburg, where the administration, training, technology, sales and management functions are to be based. Plans are also in place to relocate the warehouse to Gauteng and outsource its operation to an external logistics provider to ensure a more efficient supply of STIHL products to dealers.