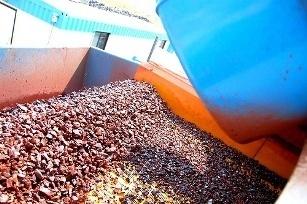 According to Sable Mining Africa, the offering has been priced at US$0.15 per share and GMP Securities Europe is the bookrunner. Its majority shareholder Ashendon Investments has agreed to purchase 26.3mn shares.

The additional shares are expected to start trading on the London Stock Exchange, post offering, on 5 November 2013.

Earlier this year, the mining company had announced that it won a license to start developing the mine, which has been estimated to contain about 135mn metric tonnes of iron ore. The company plans to export this ore by rail to neighbouring markets like Liberia.

Sable Mining Africa said that it would use part of the proceeds from the share issue to fund its feasibility study for the Nimba Iron Ore project and for general corporate purposes.

The company plans to complete the feasibility study by the first half of 2014 and would start commercial production at the site in 2015.

Sable Mining Africa chief executive officer Andrew Groves said, “I am delighted by the support received from existing shareholders and new investors for the offering, which was oversubscribed.”