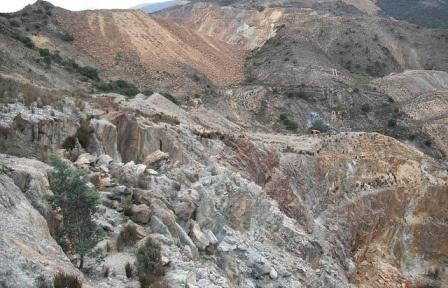 The mine is estimated to have reserves of about 40 million tonnes of ore. (Image source: Ianz/Flickr)

The mining project is a joint venture between African miner Bellzone, the China International Fund (CIF) and the government of Guinea. The mine has been estimated to have reserves of about 40 million tonnes of ore.

"A total investment, worth US$300 million, has been made in the project," said CIF Guinea manager Jack Cheung.

"The production volume is estimated to be 4 million metric tonnes per year and will subsequently grow to 10 million tonnes."

The government of Guinea holds a 15 per cent stake in the venture as part of a resource-for-infrastructure deal signed in 2010 with CIF.

The remaining 85 per cent of the venture is shared on a 50-50 basis between Bellzone and CIF.

Iron ore from the mine will be exported from a new port in the town of Forecariah. The first shipment is expected to be loaded by June 30, a mine ministry official said.

Exploration operations are still under way to determine the existence of further reserves. There is a growing focus on iron reserves in Guinea, although the country is primarily the world’s biggest shipper of bauxite, ore for aluminium and gold. Guinea relies on minerals for more than 70 per cent of its exports.