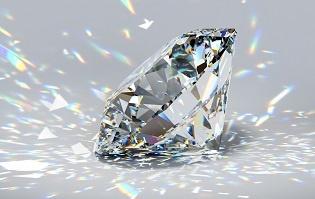 Data analysed by Finbold indicates that only three countries produced 79.62% of all the estimated 54 million carats of natural diamond produced in 2020 globally with the Democratic Republic of Congo in third position

Russia tops with a share of 35.18% or 19 million carats, followed by Australia with 22.22% or 12 million carats. Therefore, the two countries cumulatively accounted for more than half (57%) of the mined diamonds in 2020. The Democratic Republic of Congo also produced 12 million carats of diamond.

The report overviews the conditions of diamond mining in 2020 and how the sector was affected in general. According to the research report, “In general, global industrial diamond production faced various challenges as a result of the coronavirus pandemic. Leading mining companies were forced to suspend operations as governments imposed lockdowns aiming to contain the spread of the virus. Similarly, with mining being a non-essential operation, workers were sent home as a safety measure.”

Before the pandemic hit, the diamond sector looked forward to a bullish future giving miners optimism to extract more of the precious stone. The report has noted, “Overall, most miners began the year on a bright note, backed with improving customer sentiments across critical markets with soaring demand. However, the pandemic halted demand after miners cancelled and delayed sales. Furthermore, major diamond shows were scrapped due to health and travel restrictions as prices dropped.”