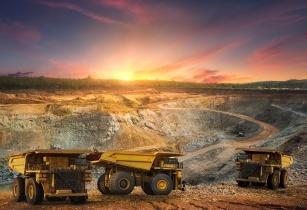 The projects were granted in 2021 as part of a competitive international bid round undertaken by the Egyptian Mineral Resources Authority (EMRA).

Across the two projects, 14 hard rock artisanal gold workings discovered in Egypt. The workings are up to 30 m wide and 100 m long with several mechanically excavated. As of now, more than 50 hard rock gold workings are confirmed across the projects to date. Meanwhile, 35 further remote sensing targets are yet to be assessed. These discoveries only validate the company’s target generation process in Egypt.

Steven Poulton, chief executive of Altus, commented: “We are pleased to report that, following recent reconnaissance exploration by the company’s Egyptian field team, 14 hard rock gold workings have been discovered at the Gabal Al-Shaluhl and Wadi Jundi projects, with an additional 35 targets still to be visited. These two projects comprise 1044 km2 of our total landholding of 1565 km2 in the highly prospective Eastern Desert of Egypt.

“Individual hard rock workings are up to 30 m wide and 100 m long and the presence of mechanised machinery at some of these suggests significant gold potential exists. In September, we announced the discovery of 37 hard rock workings across our Gabal om Ourada and Wadi Dubur gold projects. These recent discoveries increase the total number of hard rock gold workings discovered to date on our projects in Egypt to 50.

“Our initial reconnaissance has underscored the significant prospectivity of the licence areas that Altus has selected and been awarded. We have recently established a high calibre technical and operational team in Egypt, which means we are in a strong position to aggressively advance exploration. I look forward to updating shareholders on the results of this work in due course.”

In the next phase of exploration, systematic target evaluation and ranking will commence shortly at the projects. The ground work will include reconnaissance mapping as well as detailed structural, alteration and mineralisation mapping, along with grab and channel sampling.