Wärtsilä to supply Flexicycle solution to power plant in Senegal 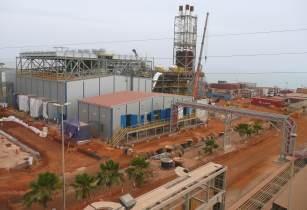 The power plant is currently under construction near Dakar, Senegal. The extension will comprise two Wärtsilä 46 engines with a combined capacity of 34MW.

The project will be carried out in two phases and delivered on a turnkey basis. The first phase is scheduled to be operational in May 2016, while the second phase will come online by October 2016, stated Wärtsilä.

With the new project, Senegal’s power capacity could increase by 10 per cent. Considered a critical project to compensate for the growing demand for electricity in Senegal, the project will generate energy that’s affordable, stated ContourGlobal CEO for Africa & Solution Business Cheick-Oumar Sylla.