The heightened focus on energy security and the rising cost of energy is reinforcing the difference in decarbonisation speed between Europe and the rest of the world, according to DNV’s Energy Transition Outlook 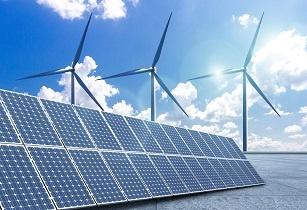 Europe will prioritise renewables and energy efficiency to increase its energy independence. European gas consumption will fall dramatically as a result of the war in Ukraine. Compared to last year’s forecast, DNV sees the continent consuming almost half the amount of natural gas in 2050.

Moreover, inflationary pressures and supply chain disruption pose a slight challenge to renewable growth. DNV’s Outlook states the global electric vehicle (EV) ‘milestone’ has been delayed by one year to 2033.

However, the devaluing of renewables and increased carbon costs in the longer term take precedence over the current crisis on the overall energy transition.

“The turbulence in the energy market does not dramatically alter the decarbonisation pathway towards mid-century,” said Remi Eriksen, group president and CEO of DNV. “The strongest engine of the global energy transition is the rapidly reducing costs of solar and wind energy, which will outweigh the present short-term shocks to the energy system.”

For the first time, DNV’s forecast sees non-fossil energy go above 50% of the global energy mix by 2050, owing to the growing and greening of electricity production. Solar PV and wind are already the cheapest form of electricity in most locations, expecting to see substantial growth, dominating electricity production with 38% and 31% shares, respectively. Renewables expenditure is anticipated to double over the next 10 years to more than US$1,300bn per year, and grid expenditure is likely to exceed US$1,000bn per year in 2030. Energy security concerns are leading to renewed interest in nuclear, and the forecast this year reflects a modest uptick, growing by 13% from today’s levels to 2050. However, its share of the electricity mix will still reduce from to 5% from 10% by 2050 compared with 25% today.

The short-term increase of coal consumption will not prevent it from rapidly exiting the energy mix, peaking in 2014. Oil has been approaching a plateau for some years and is expected to decline sharply from 2030 onwards. Before the war in Ukraine, DNV forecast natural gas would be the single largest energy source by the end of this decade, but this has been delayed to 2048.

The Outlook this year also includes the Pathway to Net Zero, which is DNV’s most feasible route to being on target and limiting global warming to 1.5°C. Global CO2 emissions reduction of 8% every year is required to reach net zero by 2050. In 2021, emissions were rising steeply, approaching pre-pandemic all-time highs, and 2022 may only show a 1% decline in global emissions. That makes for two ‘lost’ years in the battle against emissions.

The goal of net zero varies between sectors, with electricity production requiring net zero before 2050, whilst cement and aviation will still have remaining emissions. The maritime sector would be required to reduce emissions by 95%.

According to the Pathway to Net Zero, no new oil and gas will be needed after 2024 in high income countries, and after 2028 in middle and low-income countries. Investments in renewables and grid need to scale much faster; renewables investment needs to triple and grid investment must grow by more than 50% over the next 10 years.

The report also included a regional breakdown of the outlook for Africa, highlights include:

− The AfDB’s public-private partnerships strategic framework and Development Fund will contribute to private sector investment in the expansion of transport and energy solutions, reducing the infrastructure financing gap.

− The African Group of Negotiators on Climate Change seek a just green transition via increases in grant funding, concessional loans (without commercial interest rates), and retraining of affected communities and workers to benefit from transition related value chains. High income countries (France, Germany, UK, US) will test delivering on funding pledges with the Just Energy Transition Partnership, with US$8.5bn in funding.