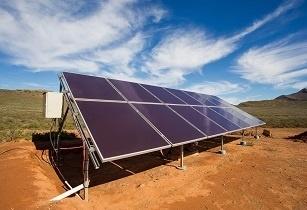 The city has issued the tender for engineering, procurement and construction of the project. (Image source: Adobe Stock)

The city has issued the tender for engineering, procurement and construction of its planned 7MW Atlantis solar photovoltaic (PV) project which will be connected directly into its electrical network. If this is successful, further plants across the metro could be constructed.

Cape Town mayor, Geordin Hill-Lewis, said, “The power plant would start generating electricity in 2024 and will be in operation for 20 years, with a foreseen annual output of 14,7GWh.

“It is expected that the Atlantis solar plant will enhance the city's financial sustainability as the cost of generating the electricity would be lower than the bulk procurement from Eskom. Reducing the dependency on Eskom also means the city can develop and explore more climate-friendly power sources than Eskom's coal-fired power stations.

“This is another decisive step that it is taking toward a more secure, cheaper and cleaner energy future for the people of Cape Town. Apart from the City's own build generation, strides have also been made to enabling independent power production and small-scale embedded generation.”

The city's mayoral committee member for energy, Beverley van Reenen, added, “One of the goals of this programme is to achieve the city's net-zero carbon municipal buildings commitment by 2030, and this power plant would be expected to contribute towards this. There would be a significant reduction in the city's carbon footprint if it switched from Eskom to solar-generated electricity.