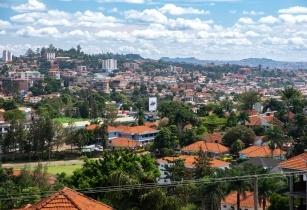 Uganda’s electricity sector is Africa’s best regulated across a number of key metrics for the fourth consecutive year, according to the African Development Bank’s (AfDB) 2021 Electricity Regulatory Index

Other strong performers include East African neighbours, Kenya and Tanzania, as well as Namibia and Egypt. The 2021 Electricity Regulatory Index, an annual report, covered 43 countries, up from 36 in the previous edition, and assessed their impact on the performance of their electricity sectors. The index covered three countries in the North Africa region, 14 in West Africa, six in Central Africa, seven in East Africa and 13 in the Southern Africa region.

Among the 2021 report’s key highlights are that regulatory independence is one sub-indicator where African countries have room to improve in 93% of sampled countries, governments, and stakeholders exercise influence over regulatory authorities. In terms of regulatory substance, participating countries scored lowest on adequacy of their tariff setting and frameworks, as well as licensing frameworks when compared with best practice. According to the report, the average performance on economic regulation has continued to decline since 2018.

A third of countries surveyed indicated they lack methodologies to determine tariffs; another 40% rely on tariff methodologies that do not include key attributes such as automatic tariff adjustment and tariff indexation mechanisms and schedule for major tariff reviews.

Since its launch in 2018, the Electricity Regulatory Index has highlighted aspects of electricity regulation that need reform, identified appropriate areas for intervention, and encouraged stakeholders to be proactive in addressing challenges. This index has been widely adopted by regulators and other stakeholders across the continent as a benchmark for the regulatory environment as well as for ongoing reforms.