Synergy, a global leader in infrastructure advisory, is committed to sustainable development of the energy sector in Africa, engaging with government entities, developers and other stake-holders 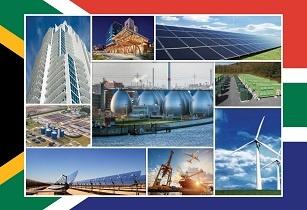 Leveraging on its PPP experience, it aims to support Africa to achieve its highest potential with Synergy becoming the ‘Partner of Choice’ for infrastructure and financial advisory services for all infrastructure sectors in Africa.

Energy demand is evolving to meet changing needs and governmental policies are adapting to these fast changing times.

Currently, the renewables sector has been abuzz with tremendous activity in South Africa. The South African Government Authorities have continued to expand their renewable programmes as well as their commitment to PPPs in water, transport and other infrastructure sectors. They have also expanded openings in Government Advisories.

Synergy's new Johannesburg office, one of the 11 global offices across five continents that the company operates, will serve clients with projects in southern Africa. The company has noted its excitement at this development which will serve to expand its presence in Botswana, Namibia, Zambia and Mozambique in addition to South Africa, adding to the 400+ projects it already runs.