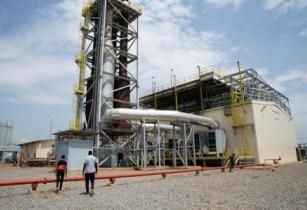 It took the Ezra Construction & Development Group (ECDG), a subsidiary of the Ezra Group, more than two years to get the first phase of the plant running after getting the contract in August 2017. Currently, the power plant supplies over 30, 000 homes and businesses in Juba.

Some of the Ezra Group’s achievements include:

Power Plant - One of the Group's biggest and most impactful ventures have been the construction of the Ezra Independent Power Plant. The first phase of the plant was inaugurated by President Salva Kiir Mayardit on 21 November 2019. ECDG has so far invested US$100mn in the Ezra Independent Power Plant, and this figure will rise to over US$300mn once the plant hits full capacity of 100MW. This project was a crucial step in the development of South Sudan.

Building Schools – The ECDG has successfully completed Melut Secondary School under an engineering, procurement and construction contract (EPCC) with Dar Petroleum Operating Company (DPOC). The contract was commissioned in 2014 but because of civil unrest was completed in 2018.

Real Estate – The Ezra Group has also successfully ventured into the real estate market, building Ezra Apartments in Uganda. The Group built 32 apartments located in Bugolobi and five double flats in Buziga Kampala, Uganda. The apartments were constructed in 2010 to provide affordable modern housing for customers.

The Ezra Group are also looking to invest in solar technology as South Sudan's weather conditions are perfectly suited to this green energy source.