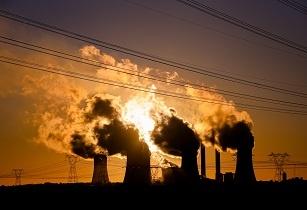 Barak, the Government of Senegal and Senelec have announced that the first power from the Sendou Power Project has been delivered

The generation of first power from Sendou is an important step in moving the country away from its current reliance on expensive fuel oil power. Sendou is now the lowest-cost provider of baseload power in Senegal, producing electricity significantly cheaper than the current heavy fuel oil-powered generators in the country.

The development of Sendou has been ongoing since 2007 and has experienced significant obstacles in its delivery journey. Barak has managed to turn Sendou into an important regional success story by working closely with these partners and the shareholders in the project.

With a generation capacity of 125 MW, Sendou is the largest power plant in Senegal, with millions of dollars invested by a diverse group of funds and Development Finance Institutions to realise its potential.

Papa Madembe Biteye, director general and CEO of Senelec, said that the project was testament to the perseverance and commitment of the parties working on the power station. He remarked, “Sendou is a critical national asset for Senegal. It shows that by bringing the right mix of skills, capital investment and project management together, we can deliver high value projects that benefit our country and our economy.”

Jean Craven, Barak CEO, added the project proved that Barak can manage the complexity of turning around infrastructure projects in Africa, and working with multiple parties to realise value.

Craven commented, “Barak began life as a trade finance fund, but has turned around Sendou after taking over the collateral and stepping in as a shareholder. We have shown that we have the knowledge, perspective and endurance to realise value from even the toughest projects. Against the prevailing market consensus, Barak got an operator on board and turned the project around. We are delighted that the people of Senegal and the investors in the country will see the benefits of affordable baseload power.”