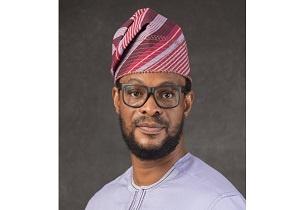 Following the unveiling of the new ‘Lagos State Electricity Policy’, African Review speaks to Olalere Odusote, Commissioner of Energy and Mineral Resources, Lagos State, Nigeria, to explore the new policy changes which are geared toward achieving universal and reliable electricity access for local residents and businesses by 2036

African Review (AR): In terms of power consumption, how does Lagos compare to other parts of the country?

Olalere Odusote (OO): The Lagos economy is the fifth largest economy in Africa and is supposedly bigger than 24 African countries combined. It accounts for 60% of the industrial and commercial activities in Nigeria and, as such, is by far the largest energy consumer in the country. It’s estimated that over 40% of the Nigerian electricity demand is from Lagos. However, Lagos is allocated between 24-26% of the power produced on the grid.

AR: What is your overall assessment of the current power situation?

OO: There has been a marginal improvement in supply since the electricity sector was privatised eight years ago, although many people in Nigeria still do not have access. This is because 40% of Nigerians remain unconnected to the grid. Over the years, supply into the system hasn’t kept pace with population growth, so we are really not better off than we were at the time the privatisation was initiated. Privatisation was supposed to offer incremental improvements in power supply, but that hasn’t been achieved. What has happened instead is a phenomenal growth in off-grid supplies.

At the beginning of the privatisation, we had next to zero solar infrastructure. However, that off-grid area has been vibrant and has seen a lot more investment activities than the grid sector.

There’s still a disconnect between the commercial realities of the power sector and its current commercial representation. There is a price to be paid for power: if that price is not paid, it is impossible to attract investments. So, we have seen a dearth of investments because the organised grid sector is not paying for the power that is supplied.

AR: What is the rationale behind the creation of the new Lagos policy?

OO: What the policy has done is to communicate to the investing and consuming public the desires of Lagos State to achieve universal electricity supply. Our definition of universal access to electricity is that anybody who wants power can get it, when they want it, and, in the quantity and quality that they want.

AR: What is your vision for the power sector in Lagos State, and what are your success metrics?

OO: Universal access to electricity state-wide by 31 December 2036. We looked at the infrastructure gaps and investment requirements and we recognised there’s a timeline to construction.

For the first time, an Integrated Resource Plan (IRP) commissioned in partnership with the US Agency for International Development’s Nigeria Power Sector Program (USAID – NPSP) has defined the infrastructure gaps and will guide the investments that will close those gaps. When people hear 2036, it doesn’t fill them with a lot of excitement because it sounds far away, but we all know we cannot magically conjure up the infrastructure needed. Our expectation is that, given the importance of the electricity sector to future prosperity, we will put this law in place in the first half of next year.

Read the full interview in the September issue of the magazine here.