Kenya Electricity Generating Company PLC (KenGen) has announced a renewed plan to scale up the deployment of renewable energy in the country by adding an additional 3,000MW 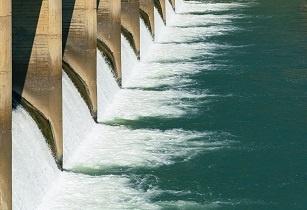 This new campaign will be driven largely by deploying up to 2,000MW drawn from geothermal and hydro sources as baseload power to stabilise the country’s energy sources.

At the same time, KenGen says it has put in place plans to optimise the existing hydro sources even as it pushes for the development of new hydropower stations, and expansion of existing ones.

Managing director and CEO of KenGen, Abraham Serem, said the company had revamped its corporate strategy and rolled out a 10-year strategy that seeks to add 3,000MW within the next 10 years. He further added that the company will be seeking to rehabilitate its existing power plants to make them more efficient for sustainable generation.

“The board approved a ten-year corporate strategy last year and we are now ready to roll it out in this new year 2023, having developed a robust implementation plan to lead us in the next frontier of our business growth,” said Serem.

Serem added that KenGen would also be looking to tap into the vast potential of geothermal energy in the Rift Valley region, which is estimated to be about 10,000MW of clean and renewable energy.

“So far, we have only exploited about 0.9GW of the 10GW geothermal potential and that is why a huge chunk of the additional capacity will be drawn from geothermal,” said Serem adding, “Our focus going forward is to secure the baseload capacity to stabilise Kenya’s energy supply mainly from green renewable energy.”

The CEO of KenGen made note of the upcoming 305MW geothermal projects, with 280MW coming from Olkaria and 25MW from the Eburru geothermal power plant, for which he said construction would commence immediately after getting the requisite approvals.

In addition, the company plans to leverage on new technology to rehabilitate its oldest geothermal power plant, the 45MW Olkaria I, to give it a new life and increase its generation capacity to more than 60MW.

On the western side of the country, KenGen has announced plans to rehabilitate its Gogo hydropower plant to increase its capacity by about 8MW from the current 2MW.

Meanwhile, KenGen says it will continue with its commercial drilling projects in the Horn of Africa, namely Ethiopia and Djibouti, where the company has drilled several geothermal wells with the latest one being the first of three wells successfully completed in November 2022 at Gale le Koma geothermal site in Djibouti.

Also in the new year, KenGen is looking to roll out an E-mobility campaign aimed at leading Kenya’s transition from gasoline-powered vehicles to Electric Vehicles (EV) as another way of combating climate change while solving transportation challenges in the country.