30 years on from Fronius first deciding to focus on solar energy as a ‘technology of the future’, the business segment has come to represent the most important pillar of the company 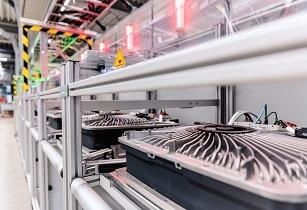 Fronius is often associated with the booming photovoltaics industry but it was only in recent years that this branch developed into the company’s new driving force.

In 1950, Fronius began developing both its battery charging technology and welding technology branches, experiencing its first major successes from the 1960s onwards. These culminated in the milestone that was the introduction of an unprecedented welding system in 1981.

Elisabeth Engelbrechtsmüller-Strauß, CEO of Fronius, commented, “Back then, welding technology required vast amounts of energy. We wanted to ‘give back’ some of this power and started the initial trials with photovoltaic modules. These were the beginnings of the Business Unit Solar Energy.

“In the early days, we were often portrayed as tree-huggers and had great difficulty finding a place for our systems on the market. To put it into context, we used to manufacture just one to two inverters per week.”

The extent to which things have since changed and the reason why the Solar Energy business segment has overtaken even the Business Unit Perfect Welding are underpinned by the latest figures: with a planned output of 510,000 inverters this year, Fronius is the biggest manufacturer of prosumer solutions in Europe.

There are already 3.4mn Fronius inverters in operation around the world generating 35.1TWh of clean solar energy every year – the equivalent of 33 Danube power plants. The energy supply is becoming increasingly decentralised as customers themselves become producers – they generate their own electricity, use it locally, and pass the surplus on to other consumers.

“The focus here is always on the huge relevance of European value creation. Particularly due to the recent supply bottlenecks, Europe is trying to reduce its dependence on other markets,” said Martin Hackl, global director marketing and sales, Business Unit Solar Energy, Fronius International GmbH. “This absolutely warrants our support here at Fronius. Over many years, we’ve been successively expanding on European expertise in areas such as microelectronics. This puts us at a disadvantage compared with our Asian competitors but, that being said, we need to look at this development with a critical eye since we’re creating a sustainable and independent energy supply from products that don’t just come from other continents. For us, sustainable solutions are of the highest priority and the best way for us to make these is by bundling our manufacturing activities.

As a result of European drive for self-sufficiency, the company has been expanding its production sites in Austria and Czech Republic. These include increasing its major production and logistics site in Sattledt, Upper Austria, which is being expanded by an addition 28,000 sq m.

“We’re setting a number of examples with the new facility in Sattledt,” said Engelbrechtsmüller-Strauß. “Not only do we want to strengthen and secure the future of the site, but we also want to underscore our status as an employer with a stable future. Whereas others announced reduced working hours during the Covid-19 crisis, we launched our long-planned expansion. This year alone, we at Fronius are investing 187mn euros in the future. As a family business, we live and breathe continuity and are very forward-thinking. However, growth doesn’t come at any cost here, but rather only when we can afford it.”