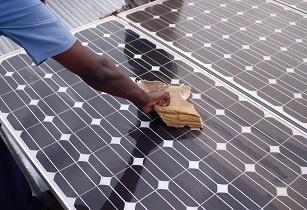 The 5MW solar power project is owned by Serengeti Energy which also owns and operates renewable power plants in the Republic of South Africa, Rwanda, Uganda, Malawi and Sierra Leone, and is focused on building its business by delivering new supplies of clean, affordable energy.

The 5MW solar power plant is the first phase of a 25MW solar PV power project in Yamandu, near Bo town in Sierra Leone. The project will add approximately 15% to Sierra Leone’s total electricity generation capacity, providing a significant contribution to the need for more electricity in the country. The company expects to commence building the second phase of the project in 2023. This will complete a total investment of US$35mn in the country’s power system.

He went on to say, “The project will supply low-cost electricity to the local power grid for many years to come and will help to diversify the electricity mix in the country. We look forward to hosting the official launch event for the plant that will be held in early 2023 to celebrate the success of this achievement.”