The Africa Minigrid Association (AMDA) has called for more support from governments and donors to the minigrid sector in Africa which continues to face financial, policy and regulatory constraints 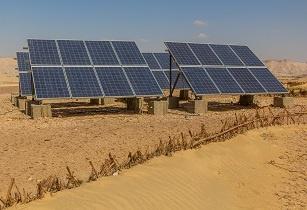 The report suggested that licensing remains a substantial hurdle and that there is an urgent need to create a regulatory structure that reflects the decentralised nature of minigrids. (Image source: Adobe Stock)

This call was launched shortly after ADMA launched its flagship report – ‘Benchmarking Africa’s Minigrids report’– which showed that the minigrid industry in Africa doubled the number of people it connected to modern and reliable electricity in the last two years amidst the pandemic.

Today, more than 500,000 people, healthcare facilities, schools and businesses in sub-Saharan Africa are now accessing stable electricity thanks to minigrids. Despite these impressive numbers, the sector is struggling to scale up and realise its potential to accelerate access to clean and affordable energy, particularly in rural areas.

“We have an opportunity to build dynamic, intelligent and renewable energy infrastructure that helps grow communities and economies. Energy is the foundation for all of the SDG’s and as such needs the kind of support from governments and donors that traditional utilities have received. This is critical for the sector to realise this potential and provide stable renewable energy infrastructure,” said Jessica Stephens, CEO at ADMA.

The report found that the number of connections almost doubled from 40,700 to 78,000 between 2020 and 2021 with the number of operational private minigrids growing by 39% from 288 sites in 2019 to 400 in 2021. Revenues grew consistently as operational costs dropped but financing of the sector remained slow due to continued government bias toward the centralised grid. Perceived risk, complex fund design and the time frame to get through regulatory compliance are hindering the ability to disburse concessional capital.

The report also suggested that licensing remains a substantial hurdle and that there is an urgent need to create a regulatory structure that reflects the decentralised nature of minigrids.