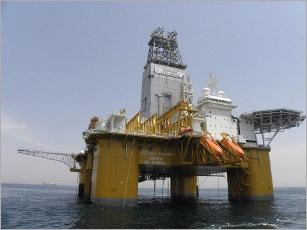 The partnership between Ophir and the UK’s BG made its third gas discovery with consecutive wells.

Chaza-1 found a high quality gas-bearing reservoir, Ophir said. The well was drilled 18 kilometres off the southern part of the coast in Block 1, in water 952m deep, while the two earlier wells, Pweza-1 and Chewa-1, were drilled in Block 4,200km to the north.

The drilling campaign was carried out by the new Deepsea Stavanger semi-submersible, which was completed last summer and entered service for Ophir in September. The rig, owned by Norway’s Odfjell Drilling, is a dynamically-positioned harsh-environment unit, capable of drilling in 3,000m of water.