Swala Oil & Gas (Tanzania) plc, has noted the announcement made by Orca Exploration Group Inc on 26 July 2019 and provides the update to its announcement on 3 June 2019 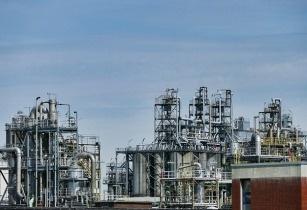 Swala holds assets in the East African Rift System with a total net land package in excess of 14,000 sq km as well as a 7.93 per cent interest in PAE PanAfrican Energy Corporation (Image source: Markus Naujoks/Pixabay)

Swala presented a revised proposal (the "Revised Proposal") to the board of directors of Orca Exploration Group Inc on 15 June 2019. The Revised Proposal provided for Swala to acquire all the issued and outstanding share capital of Orca (transaction) for, either:

(a) US$6.26 per Class A Voting Common Share and US$6.26 per Class B Subordinate Voting Share (together the Orca Shares), less any dividends, distributions or extraordinary payments made by Orca from 15 June 2019 until closing

(b) US$5.88 per Orca Share, less any dividends, distributions or extraordinary payments made by Orca from 15 June 2019 until closing and one common share of Swala for each Orca Share, which if shareholders could elect for 100 per cent of this alternative, would equate to approximately 30 per cent of the equity of Swala post Transaction.

1. 50 per cent of the Orca Shares being paid for in cash pursuant to option (a)

2. 50 per cent of the Orca Shares being paid for by way of a combination of cash and common shares of Swala, with Orca shareholders electing option (b) holding in aggregate approximately 15 per cent of Swala on closing.

The Transaction is subject to customary approvals, two of which have now been secured. Swala has had initial positive discussions with the Tanzanian regulators and sees no significant impediments to securing the remaining consents in a reasonable timeframe in respect of the Transaction.

The International Finance Corporation (IFC) has a loan to Panafrican Energy Tanzania Limited which is fully guaranteed by Orca. The IFC has the right to require repayment on a defined change of control and can restrict the transfer of Orca Shares by Shaymar Limited while the loan is outstanding, other than with IFC consent. Swala has engaged with the IFC with a view to securing its consent to the final agreed transaction.