AfCFTA to remove tariffs and facilitate trade between African countries

The African Continental Free Trade Area agreement which was launched on 1 January, aims to reduce all trade costs and enable Africa to integrate further into global supply chains by eliminating 90% of tariffs 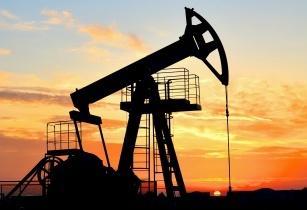 The agreement will create the largest free trade area in the world connecting 1.3 billion people across 55 countries, with a combined gross domestic product (GDP) valued at US$3.4 tn. It has the potential to lift 30 million people out of extreme poverty but achieving its full potential will depend on introducing significant policy reforms and trade facilitation measures.

The pact looks beyond trade and addresses the movement of persons and labour, competition, investment, and intellectual property, trade facilitation, regulatory measures such as sanitary standards and technical barriers to trade other than creating a single market with free movement of goods and services. Simplifying customs procedures is also expected to facilitate trade and bring significant income gains.

The agreement will complement existing sub-regional economic communities and trade agreements by offering a continent-wide regulatory framework and by regulating policy areas, such as investment and intellectual property rights protection, that have so far not been covered in most sub-regional agreements in Africa.

According to the World Bank, AfCFTA can provide an anchor for long-term reform and integration, especially with regards to managing the consequence on COVID-19. It is estimated that by 2035, 30 million people will be lifted from extreme poverty and 68 million people from moderate poverty, and real income gains could increase by 7%, or nearly US$450bn.

"The AfCFTA is a critical response to Africa’s developmental challenges," said HE Wamkele Keabetswe Mene, Secretary General, who will be speaking at Africa Oil Week, to be held in Dubai from 8-11 November. "It has the potential to enable Africa to significantly boost intra-Africa trade and to improve economies of scale through an integrated market. It has the potential to be a catalyst for industrial development, placing Africa on a path to exporting value-added products and improving Africa’s competitiveness both in its own markets and globally. It also sends a strong signal to the international investor community that Africa is open for business, based on a single rulebook for trade and investment,” he continued.

Wamkele Keabetswe Mene further added, "The global economy is on the brink of a new industrial revolution, driven by new-generation information technologies such as the Internet of Things, cloud computing, big data and data analytics, robotics and additive manufacturing. All of this presents challenges and opportunities for the AfCFTA."

Building on a rich resource base

The energy sector will benefit hugely from AfCFTA, including the traditional oil and gas operators, and the growing number of renewable enterprises. Just like the rest of the world, Africa is also embarking on an energy transition, but oil and gas and mineral resources continue to account for more than 75% of the continent's exports. With the potential for growth high in this sector, oil and gas will still play a role in the short and mid-term. Estimations vary, but some of the latest figures have put Africa's proven gas reserves at 487.7 tcf, with proven oil reserves in the region of 125billion bbl. However, trade barriers such as high import tariffs have left many African countries vulnerable to the international market, which resells its resources at higher prices.

The AfCFTA will potentially end this practice, as oil and gas producing countries will benefit from global markets, as well as the domestic market. Focusing more on growing intra-continental oil and gas trade will give countries autonomy to govern their international trade agreements, which have often left African countries on the losing end. Analysis indicates that the AfCFTA will make room for the generation of GDPs that can positively impact African economies’, create employment, and impact infrastructural development. Though changes will have a positive impact on Africa, it is already a continent plagued by corruption, and has delayed development of essential infrastructure

For African countries, the green energy transition presents both opportunities and challenges. On one hand, the huge energy deficits in production and access, combined with abundant renewable energy resources, can underpin a relatively rapid and encompassing shift to green energy. On the other hand, challenges related to access to finance, investment risk and the absence of needed technical and human capacities may impede this transition.

According to the International Energy Agency (IEA), more than 600 million people in Africa have no access to electricity and a further 900 million people cannot access clean cooking energy. There is significant variation across countries. For example, in South Sudan the percentage of the population with access to electricity is as low as 1% while countries such as Egypt, Algeria, Libya and Tunisia can boast 100% access. The South African Institute of Economic Affairs claims that this disparity is shaped by several factors, including state capacity, quality and effectiveness of existing policy and institutional frameworks, and the ability of countries to tap into global knowledge and resources.

In its policy brief 'Accelerating Green Energy Transition in Africa Through Regional Integration' the SAIIA states that individually, most African countries lack financial, technical, and human capacities needed to fully implement a green energy transition. This indicates an important role for some collaboration, both between African countries and with external partners, to enable Africa to address its energy deficit. While many modalities for financing African green energy transition have been highlighted in the policy discourse, two recent trends seem promising in fast tracking the transition process.

First is the AfCFTA, which promises to build regional market for goods and services, with free movement of persons and investment. By consolidating small, poor, and fragmented African countries into one strong market, the agreement can change the dynamics in terms of access to funding, human capital, and technology for the green energy sector. The second important trend is the evolving Europe-Africa relationship.