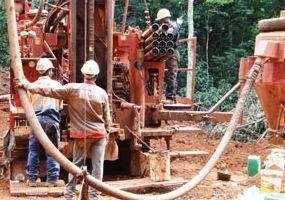 The Mbalam-Nabeba project straddles the border of the central African countries and Congo Brazzaville.

The miner said it was in the process of providing tender documents for the project’s port and rail infrastructure to a number of international engineering, procurement and construction contractors, six of which were Chinese.

Sundance said it expected that the negotiations will be completed by the later half of 2013.

Sundance managing director Giulio Casello said, “The interest shown in our project form a wide range of potential investors, constructors and customers has been outstanding.

“We are aiming to ensure that the project is in production in time to capitalise on the supply shortfall which we believe is set to emerge in the global iron ore market around 2017-2018.”

Sundance said it had held discussions with all parties receiving tender documents and was encouraged by the strong interest expressed.

The company has plans to mine 35mn tonnes of ore per annum.