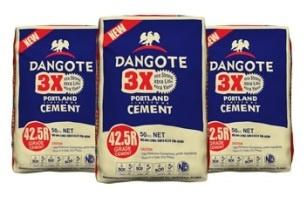 Dangote Cement has maintained its stronghold in the Nigeria domestic cement market accounting for 65 per cent of the Nigerian market volume, while other African plants’ volumes went up by 7.5 per cent to 7.0 mta

Dangote Cement has, in the past months, has expanded its operations across Africa with the coming on stream of the 1.5 mta integrated cement plant in Mfila, Congo, and an acting chief executive officer has been appointed for the company.

According to the unaudited results for the nine months ended 30 September 2017, the plant, which began operations last month, has almost doubled the size of the cement sector in the country. The Congo plant brings to the number of Dangote Cement plants across Africa to ten.

Analysis of the results indicated that the company recorded strong volumes in Senegal, Ethiopia, and Cameroon.

In the nine months under review, the 1.5 mta clinker grinding facility in Douala, Cameroon sold approximately 938 kt of cement, indicating an increase of 16.4 per cent on the 806 kt sold during the same period in 2016.

Dangote Cement Ethiopia increased sales by 16.8 per cent to nearly 1.7 mta in the first nine months of 2017 representing capacity utilisation of approximately 88 per cent. The cement plant in Pout, Senegal sold 1.0 mta of cement in the period under review, up by 21.7 per cent on the comparable period of 2016. This represents almost 89 per cent capacity sutiliation at the factory.

Chief Executive Officer of Dangote Cement, Onne van der Weijde, speaking on the results said, “Our Pan-African operations are performing strongly with excellent sales growth in Cameroon, Ethiopia and Senegal. We are consolidating our success across Africa and have just commissioned our 1.5Mta factory in Congo, the tenth country in which we have established operations.”

“In our key operations in Nigeria we have significantly improved our fuel mix and this has helped increase margins across the Group. It is especially good for Nigeria because most of the coal we are using is mined in our own country”.

The Board of the cement company also announced changes in the leadership of the company with Onne Van der Weijde, stepping down as the Dangote Cement’s CEO at the end of 2017. He will be appointed as a non-executive director of Dangote Cement, with effect from 1 January 2018.

Engr. Joseph  Makoju, Honorary Adviser to the Chairman and former MD of WAPCO/Lafarge, will be acting MD/CEO of Dangote Cement PLC.